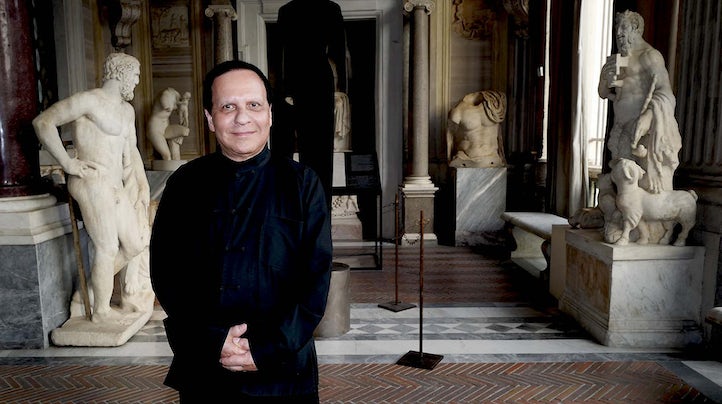 PARIS, France — According to a French media report in Le Point, Azzedine Alaïa has passed away at the age of 77.

Alaïa was one of the industry’s few designers willing to follow his own conventions and ignore fashion schedules, creating his collections at his own pace. His ability to do so stemmed from his prodigious talent and fashion’s seemingly insatiable appetite for his designs. His skill at cutting and his idiosyncratic takes on classic silhouettes have made Alaïa popular for decades; his designs remain the aspirational zenith for many.

“It is with great sadness that I learned of the passing of Azzedine Alaïa,” François-Henri Pinault, Kering‘s chairman and chief executive, told BoF. “In the fashion world, he was a great, a major couturier. Everything was at the top with him: couture, art, the standards he aimed at, his dedication to his work, his mastering of techniques, and all the women he dressed. He was an artisan in the noble sense of the term, and a man fiercely attached to his freedom. He was a friend.”

Alaïa’s love of fashion began through his reading of Vogue at a young age. Lying about his age to attend the École des Beaux-Arts in Tunis, he began working as a dressmaker after graduating, before electing to move to Paris in 1957. There he started his career at Christian Dior as a tailleur, but soon moved to work for Guy Laroche for two seasons and then on to Thierry Mugler. He opened his first atelier in his Rue de Bellechasse apartment in the late 1970s, from which he dressed his private clientele, which included Marie-Hélène de Rothschild, Louise Lévêque de Vilmorin and Greta Garbo.

In 1980 he produced his first ready-to-wear collection, which was championed by the then doyennes of fashion, Melka Tréanton of Depeche Mode and Nicole Crassat of French Elle, who both regularly featured his work in their respective magazines.

That same year the designer moved to larger premises in Paris and by 1988 Alaïa had opened boutiques in Beverly Hills and New York, and was soon dubbed the “King of Cling” by the media. During the mid-’90s Alaïa partially retired from the fashion scene for personal reasons. However he continued to cater for a private clientele and enjoyed commercial success with his ready-to-wear lines.

In 2000, Alaïa signed a partnership with the Prada Group. He then bought his brand back from the group in 2007 before entering an agreement with Richemont.

Here are some of Re-define’s Team favorite moments.

View all posts by kristianna →